Joined by their friends @MarkoShark, @RevelstokeJim, and @AvailableInADHD, the Knights embark on another journey. Ceebs proves what a crappy co-host she can be when she talks to everyone about their week except for the Cat. Both Ceebs and the Cat forgot to mention a handful of topics they wanted to talk about, but it didn’t matter because they were in good company. The Knights kept with their recent trend of chosing something released in the year of the episode number as their Flick Pick, but they changed it up by choosing Star Trek: The Next Generation, a tv show! Hey it’s related to multiple movies, so it works, and it was a ton of fun.

The Knights were joined in the Mixlr chat by @dianae173. 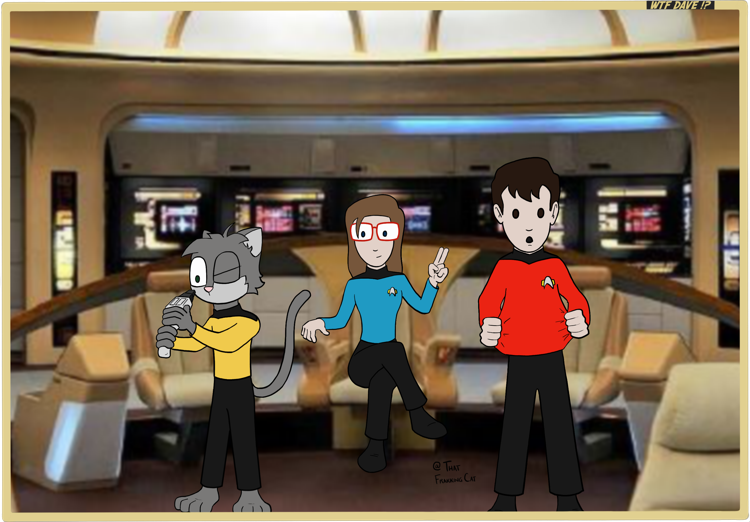