The Waveform for Dead Air

The Knights return for another evening of nearly incoherent babbling at each other. Kitteh expresses his concerns about voicing his opinion so freely as of late and surprises Ceebs with a present as well as his so called “selective hearing.” Ceebs had another multiple anxiety attack week and kept mentioning that stuff was going down, but refused to talk about it. One host won’t talk about her week, the other can’t hear it anyway. Why on earth do you people listen to us? The Flick Pick for the week is The Land Before Time, a favorite of Ceebs, even though she never fully articulates just what the film means to her, mostly because it has to do with some other stuff she doesn’t want to talk about. Frozen Ceebs, just let it go. Hey, look at the pretty picture Kitteh drew!

The Knights were joined in the Mixlr chat by @RevelstokeJim, @mv_ughn, and @Dianae173 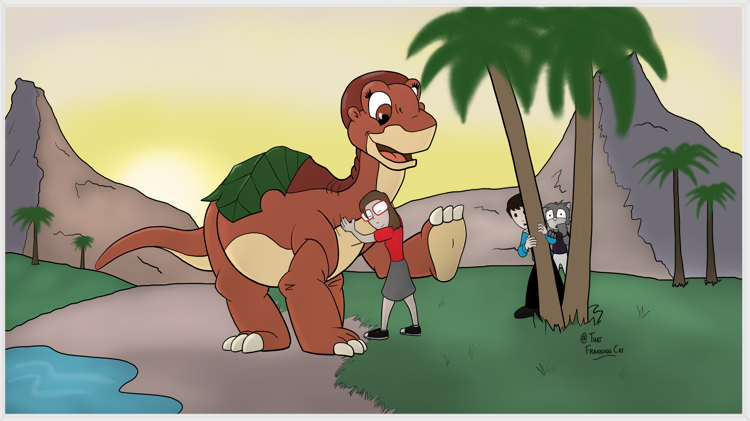